Element3 Health is a unique benefit that helps health plans attract new members and keep existing members active, healthy, loyal and engaged. The company combines the three most powerful elements of health into one cohesive solution to tackle $75 billion of unnecessary healthcare spending associated with social, mental and physical decline. A growing network of activity clubs across a broad spectrum of passions delivers fun, inspiring opportunities to get members active physically, socially and mentally.

Physical inactivity has been identified as the fourth leading risk factor for global mortality.

Studies have shown, social connections are closely related to well-being and personal happiness.

The more mental stimulation we get, the more likely we are to hold on to better brain-functioning, even as we age.

Meet the people behind this unique and comprehensive approach

With more than 30 years of experience in healthcare, innovation and business development, the Element3 Health team is poised to change the landscape of healthy aging. Only Element3 Health addresses all three determinants of health: physical, social and mental activity. Meet the people behind this unique, comprehensive approach to addressing $75 billion in preventable healthcare spending.

Meet the people behind this unique and comprehensive approach

With more than 30 years of experience in healthcare, innovation and business development, the Element3 Health team is poised to change the landscape of healthy aging. Only Element3 Health addresses all three determinants of health: physical, social and mental activity. Meet the people behind this unique, comprehensive approach to addressing $75 billion in preventable healthcare spending.

Spencer founded the company and its signature product, GroupWorks, after 10 years as a professional journalist writing features for The New York Observer, New York Times, New York Magazine, Atlantic Magazine, and Bloomberg Businessweek. Morgan’s life was heavily impacted by his grandparents. He was inspired to build a company that facilitates, incentivizes and rewards 50+ group activity after his experience writing an article about the Senior Games (formerly the Senior Olympics) and the passing of his grandfather, Harry Morgan. Spencer has a Masters degree in journalism from the Annenberg School, USC. 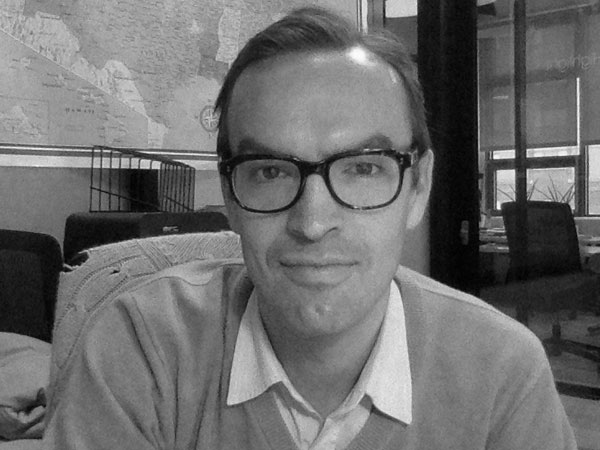 Tony has twenty-five years of experience leading software development teams on systems that range from radar software to data-mining solutions. He has been the part-time CTO and technical advisor to more than 20 startups. Tony held an Assistant Professor of Computer Science position at Loyola Marymount University for eleven years where he created an award-winning multimedia minor. He has a wide-ranging technical background including data mining, big data, eLearning, performance support tools, and metrics/analytics. His work has won awards and has led him into engagements at many Fortune 500 companies including Credit Suisse, Royal Bank of Canada, Citibank, Lexus, PacifiCare, IBM, Hewlett-Packard, Sun Microsystems, Fidelity Investments, Symbol Technologies, and SHL Systemhouse. Tony was valedictorian at Loyola Marymount University, where he earned his B.S. in Computer Science, and attended the University of Southern California as a Tau Beta Pi fellow, one of the top 30 engineers in the nation, and received a M.S. and Ph.D. in Computer Science. Dr. Karrer is a frequent speaker at both industry and academic events. 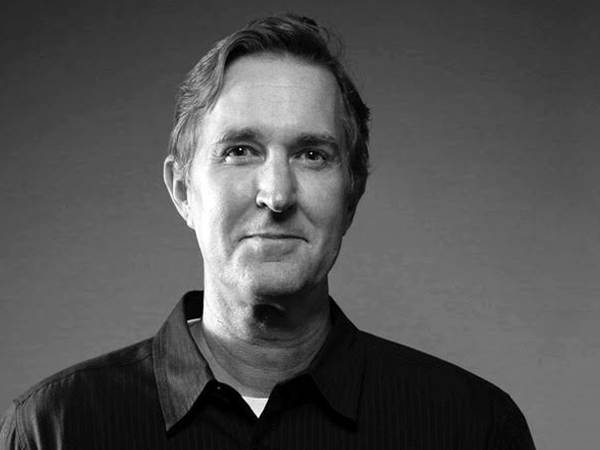 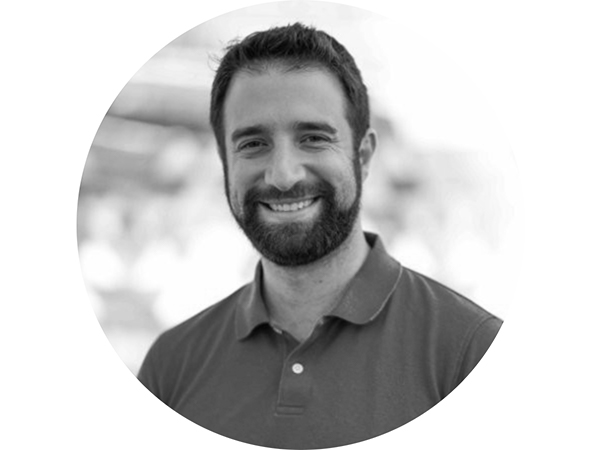 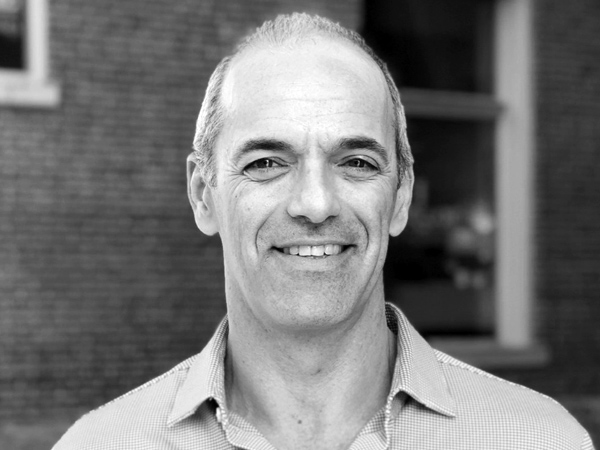 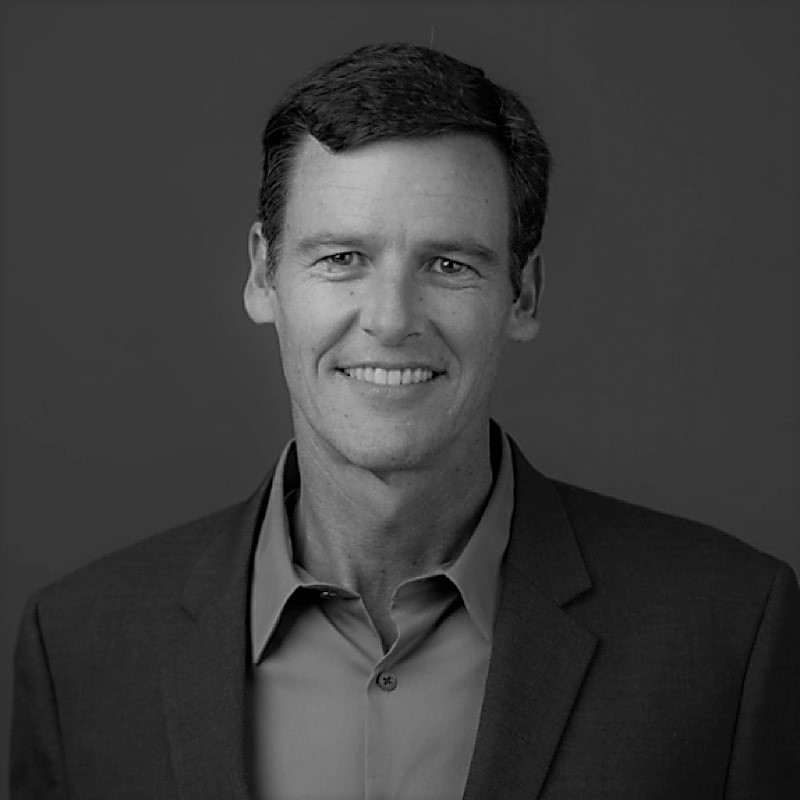 Josh Studzinski brings over 14 years of go-to-market strategy and execution to the Element3 Health team. His last organization was in the agetech space and was acquired by a private equity firm. Josh’s role at E3H is to drive marketing, brand, and overall revenue growth for the organization. He currently lives in the Chicagoland area and enjoys cooking amazing meals, working out in virtual reality, and spending quality time with his family. 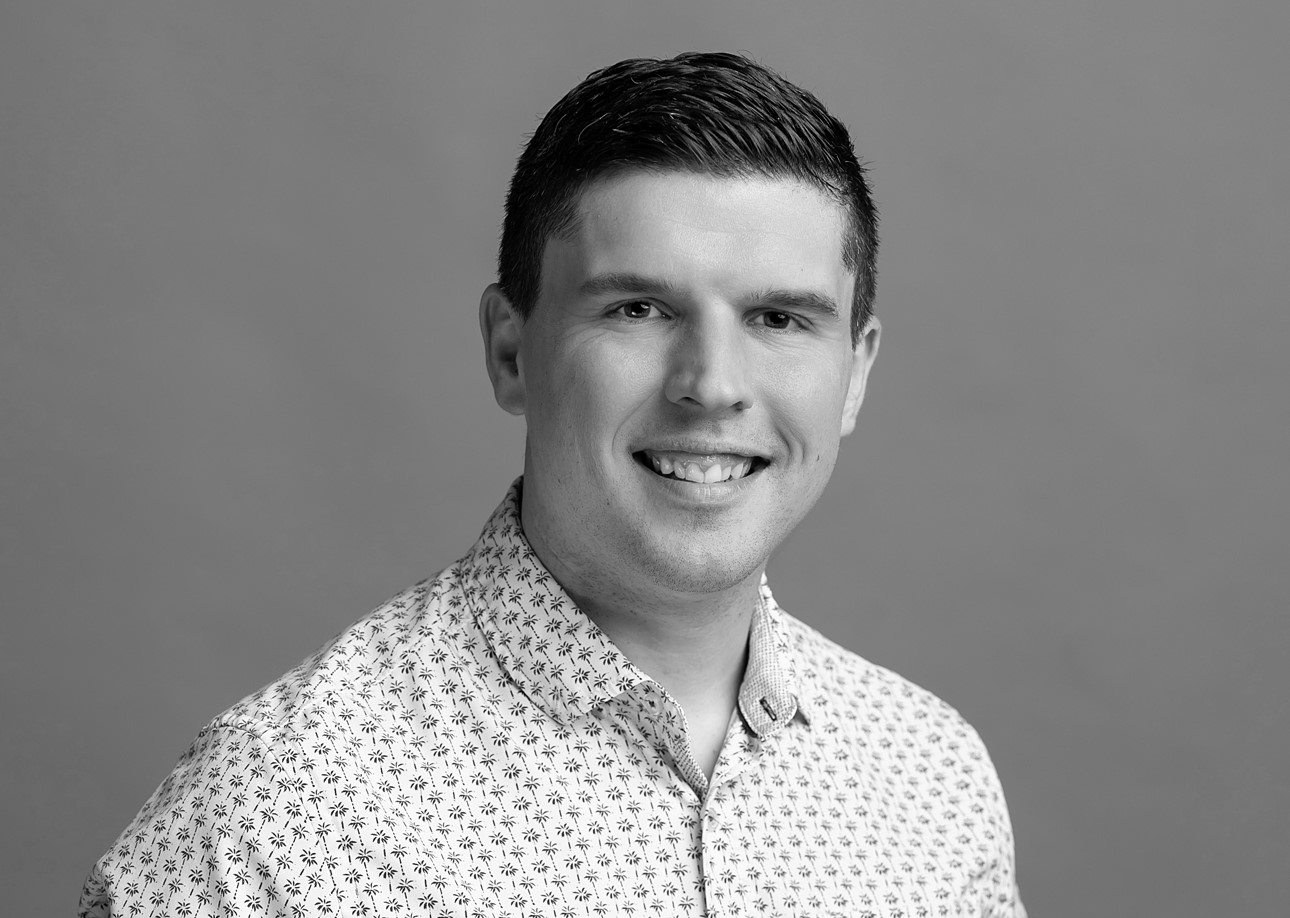 Mayrav parlayed an award-winning career as a healthcare reporter into health-focused public relations. She drives the mission of Element3 Health into all of the company’s strategic projects, products and programs. A group-oriented person herself, Mayrav is dedicated to the concept of improving health and quality of life through social engagement and the pursuit of one’s passions. Mayrav lives in Los Angeles with three kids, two dogs and one husband. 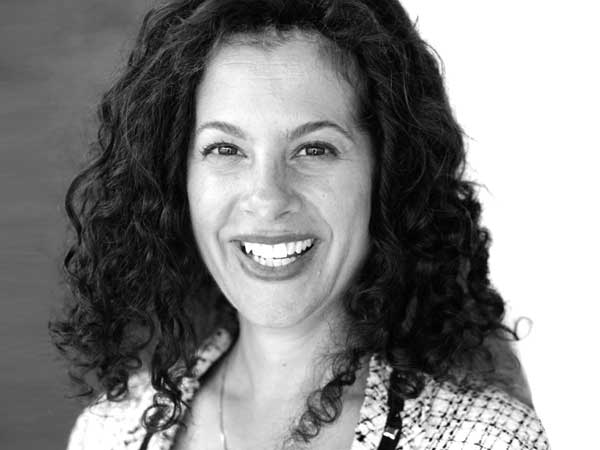 Ann is a total population health management executive with more than 25 years experience as a results-oriented growth marketer – all in the service of improving healthcare solutions. Ann is a proven leader in creating groundbreaking engagement programs that connect people to solutions that support health and wellness goals. Ann focuses on sales enablement by partnering with sales and business development teams with actionable support tools and relevant content to meet sales objectives and revenue goals. During her 14-year tenure as a consultant, Ann advised on go-to-market strategies for a leading multinational technology corporation, telehealth company and multiple digital health platforms. Early in her career, Ann led the launch of cutting-edge lifestyle management programs at WellPoint (Anthem National Accounts). Ann sits on the Board of Directors of the Phil Lawler Batting 4 A Cure Foundation. 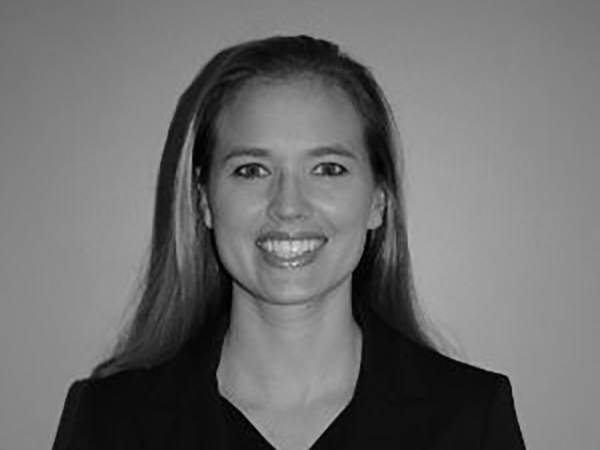 Dena is a strategic human resources executive with 25 years’ experience helping companies achieve business results through their people. Most recently, Dena served as SVP of Human Resources for IAC / InterActiveCorp. Dena has held a variety of HR leadership roles at Fairchild Publications, Inc., Standard & Poor’s and Time Inc. in NYC. She earned a double degree in history and religious studies from Tulane University. She has completed the Human Resources Executive Program at UCLA’s Anderson School of Business, a certificate program in Executive Consulting and Internal Counseling through Cornell University’s Johnson Graduate School of Management and has earned the Senior Professional Human Resources (SPHR) designation by the Society of Human Resources Management. In her free time, Dena can be found listening to live jam band music or on the trails exploring the Colorado mountains with her boyfriend Scott and English Bulldog, Evie. 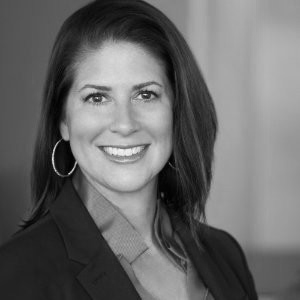 David is serving as Executive Board Chair after transforming Element3 Health into a healthy aging company. David is a CEO, board member, investor, advisor, and serial entrepreneur. Utilizing his extensive experience and network, he works closely with investors and boards to accelerate the growth of high-potential companies. He has governance experience, sits on a number of boards and is a senior advisor to several companies. He is also a very active cyclist. 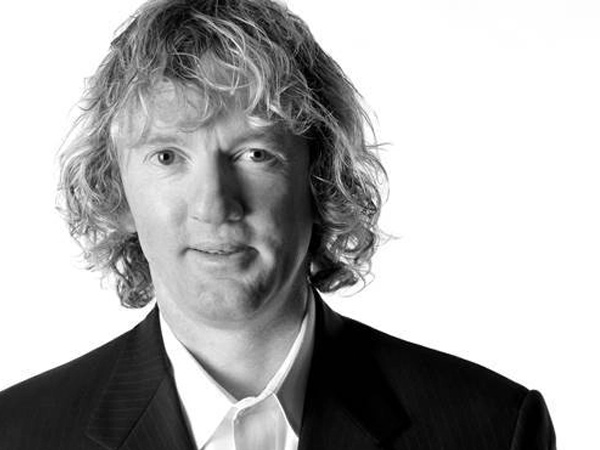 Steve is Managing Partner of Shulman Family Ventures and former Chairman and CEO of Magellan Health Services. An experienced Chief Executive Officer in the hospital & health care industry, Steve is a strong business development professional who completed an Advanced Management Program focused in Business Administration and Management, General from Stanford University. Steve sits on the board of Walgreens Boots Alliance, VillageMD, CareCentrix and several other healthcare companies. 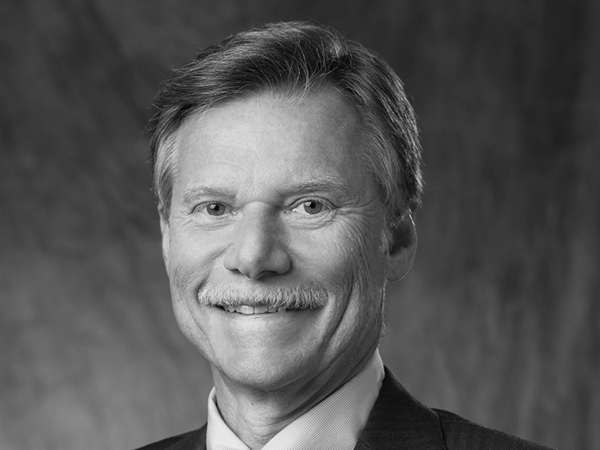 Jonathan is a partner at Elements Health Ventures and a founder of Altitude Capital. A former Goldman Sachs private equity investor, Jonathan received his education from the Wharton School of the University of Pennsylvania. 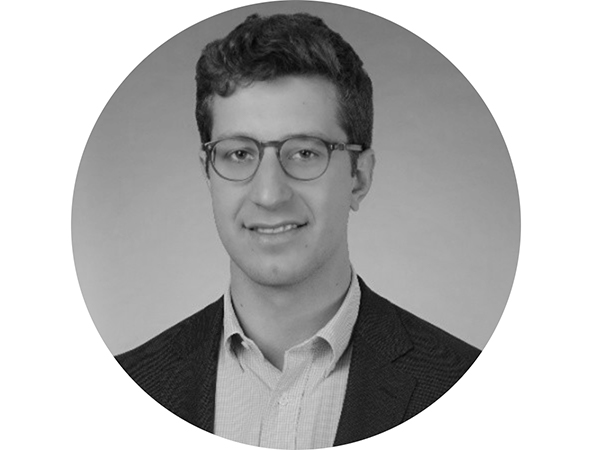 Ken is a senior-level executive with 30 years’ proven experience in growing and leading large health plan organizations. The former EVP and President of Commercial and Specialty Business at Anthem is a strong leader who brings significant board and investment experience. 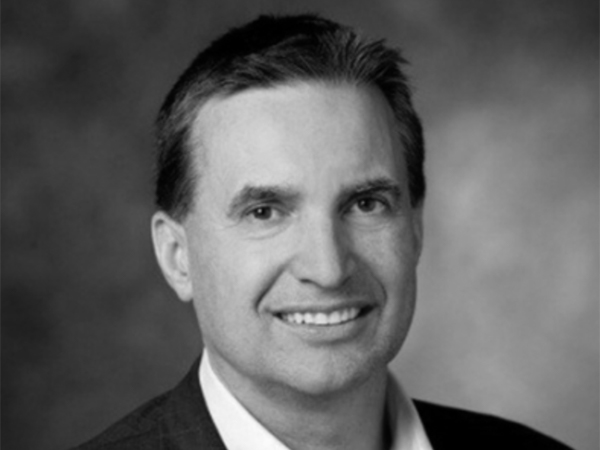 Larry Leisure is a co-founder & Managing Director of the private equity firm, Chicago Pacific Founders and serves as Chairman for the Washington, D.C. based strategy & advisory firm ADVI. He has over 25 years of experience in the managed care arena as an entrepreneur, venture capitalist, management consultant and health plan executive. He has held senior positions at nationally respected institutions including Kleiner Perkins Caufield & Byers, UnitedHealth Group, Kaiser Permanente, Accenture, Price Waterhouse and Towers Watson. 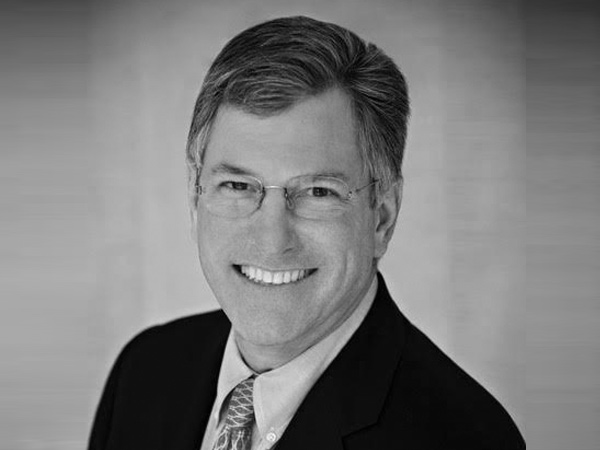 Julie is Co-Founder and Managing Partner of Magnify Ventures. Before launching Magnify, she spent over a decade as an investor and advisor with institutional-scale family offices and mission-focused organizations, including launching and leading the venture capital investment portfolio and strategy at Pivotal Ventures, an investment and incubation company created by Melinda French Gates to advance social progress in the United States. Julie is a Kauffman Fellow and member of All Raise. 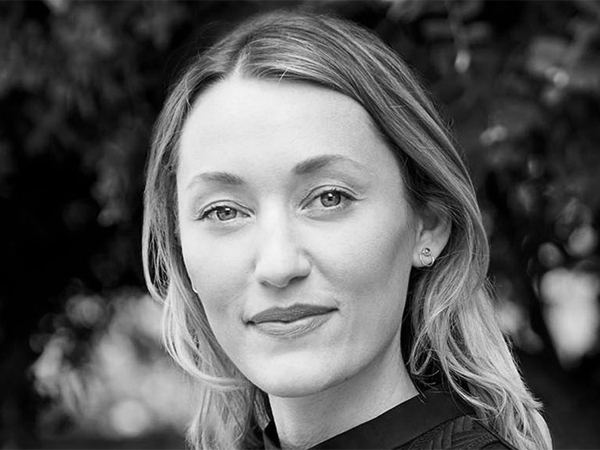 Spencer founded the company and its signature product, GroupWorks, after 10 years as a professional journalist writing features for The New York Observer, New York Times, New York Magazine, Atlantic Magazine, and Bloomberg Businessweek. Morgan’s life was heavily impacted by his grandparents. He was inspired to build a company that facilitates, incentivizes and rewards 50+ group activity after his experience writing an article about the Senior Games (formerly the Senior Olympics) and the passing of his grandfather, Harry Morgan. Spencer has a Masters degree in journalism from the Annenberg School, USC.

Dr. Jon Warner is CEO of Silver Moonshots, a research organization and virtual accelerator for startups focused on the 50+ population. A five-time company CEO and entrepreneurship expert, Jon has led three startups with two successful exits. Following a 15-year career in the corporate world that included GM and Exxon, Jon founded and grew a management consulting business, which he ran for 15 years. Today, Jon manages the deal flow into a Los Angeles based Healthcare investment fund and is a noted speaker at businesses, colleges and events around the world. He is the author of 40 books about business, management, leadership, innovation and technology. 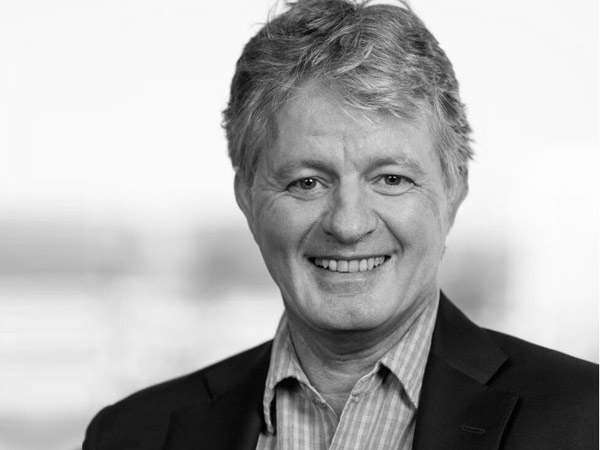 Beth Bierbower is an experienced senior Healthcare Executive with a demonstrated history of profitable growth. She formerly served on the Executive Management Team of Humana and led the Employer Group, Specialty and Military lines of business. Skilled in Leadership, Strategy Development and Execution, Day-to-Day Operations and Change Management, Beth currently provides advisory services to organizations of all sizes focused in the healthcare industry. Beth is also an author and public speaker on the topics of leadership, corporate culture, professional development, work/life balance and change management. 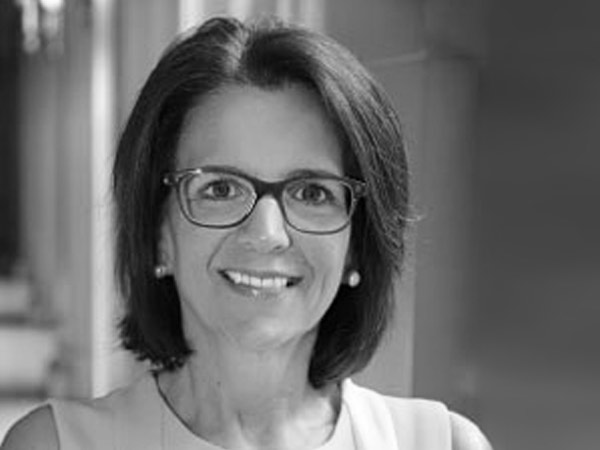 Dr. Jim Bonnette has worked in virtually every area of U.S. healthcare, from private practice to health maintenance organizations to hospital chains to pharmaceuticals. His past roles include serving as CMO at Oliver Wyman, where he was head of the Global Provider Strategic Consulting Practice. While working as an internist for 20 years in California, Jim developed a reputation for innovation and tenacity in creating new models of care delivery. A recognized industry leader, Jim serves as a clinical advisor and healthcare management consultant for many healthcare companies, with a focus on the strategic transformation of healthcare delivery systems, fee for value and health reform. 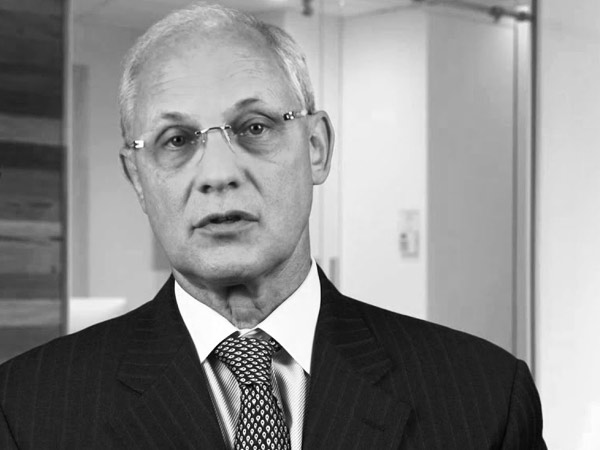 Michael Skaff is a senior executive in the healthcare industry focused on financial and strategic growth via partnership, innovation and integration to achieve industry-defining results. He is also a global business and technology leader with significant transformation and product development experience. Michael has been recognized nationally and regionally for his success building and scaling high-performance teams and technology-enabled products and services. He is also a trusted advisor to venture capital, technology, healthcare and media companies; he is a published author, and is regularly invited to speak at industry events. 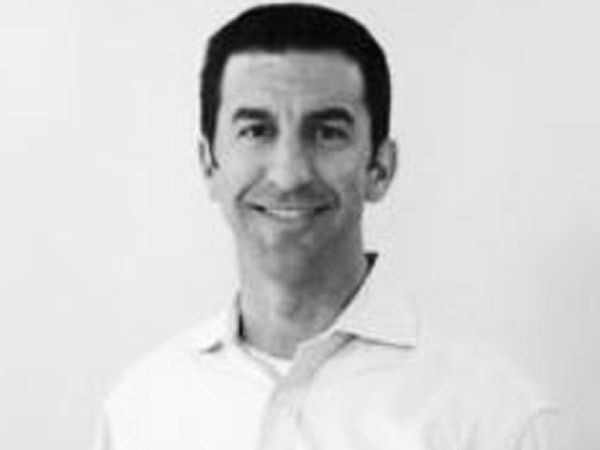 Sarah Thomas is the Vice President of Commercial Strategy for Seismic, a company that integrates robotics and clothing. An advisor for tech startups, investors and corporate partners in the aging space, Sarah is passionate about innovation and improving the lives of older adults. Most recently, Sarah served as the Legislative Affairs Liaison for Hallmark Rehabilitation. Sarah combines her Occupational Therapy background with her operational, clinical and entrepreneurial experience to inspire passionate changes to the current systems in the elder care environment. Sarah is an active member of LeadingAge, the California Association of Healthcare Facilities, and is on the Telehealth workgroup for The National Association for the Support of Long-Term Care. 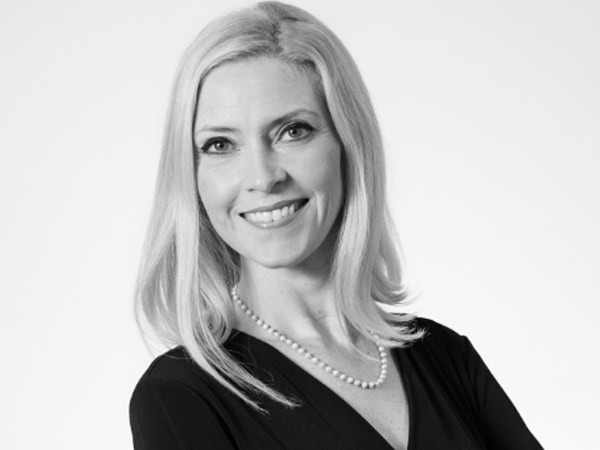 There's never been a better time to join us.